Debenhams online shopping? No thank you.

I love online shopping, really i do. Who really wants to trek around the shops with more than one child?  It's a nightmare and you always end up spending more than you should because well little people have puppy dog eyes and me being a complete sucker always falls for it, then you have the fact that online shopping is much easier when it comes to Christmas present buying as you don't need to juggle your bags to make sure nothing can be seen through them and try and get little people to look elsewhere while explaining in a hushed yet stressed voice to the shop cashier that you need to keep the item hidden.

Anyway i suppose i better start getting to the point soon.
To avoid "proper" shopping, on the 10th i purchased three items using a gift card. One was a present for my youngest. A sylvanian celebration family. It was in stock when i ordered. Within a short amount (less than a day) of time i had an email that said "unable to fulfil"

Fair enough i suppose. It happens. I looked on the website. and it was still showing as in stock. I emailed,  and phoned to see what was going on. I was told on the phone by them that they had sold out and there would be no more. I explained that they should probably stop advertising something on their website when they didn't have it. The person i spoke to didn't seem all that bothered.

Next step would be me ordering something else for youngest or trying to. I picked something, tried putting it through but oh dear i only have £1.17 on my giftcard. There was no refund for the item that they charged me for but didn't have. 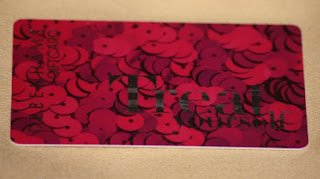 Again i contact Debenhams via phone call and email. This time i was told that it takes longer to credit a giftcard than it does a bank card?! but it should be back on the giftcard by Tuesday (22nd) at the latest.

Guess what? Yes still no money on my giftcard..I phoned, was transferred to head office. On hold 9 minutes to be cut off. Getting more and more frustrated by this time and so i complained on Debenhams facebook wall. (i did this before but they weren't very helpful and just passed the buck by giving me an email address that they don't seem very quick to reply to)

I phoned again and was transferred to head office, on hold for approx 10 minutes before a gentleman answered and after explaining everything said that it should be back on my card in 48 hours.To make matters worse he said they actually now have five of the sylvanian families in!  This was after someone told me they wouldn't be getting anymore in.
Now i admit this man was the most helpful out of everyone i spoke to but i still had no apology and what if the next thing i order they are unable to fulfil? Will i have to go through this mess again. Argh.

I love Debenhams products, really i do but after this experience i will never ever shop online with them again. I found them rude, unhelpful the majority of the time and they still have my money and i originally placed the order on the 10th. If the money is still missing in 48 hours i plan to take this up with trading standards as i find this shocking behaviour for such a big named company.
Posted by PickingOranges at 12:19 2 comments:

Ok finding time to blog has been rather difficult this last week, as we have had new windows fitted meaning we have had to kind of gut the house and clear out some junk. (everyone in this house hoards stuff!) Plus i haven't been feeling 100%.  The windows do look nice though, bar the holes in the wall that seem to have happened getting the windows in place. Anyway hopefully the new windows will cut out some of the outside noise and the house in general will be warmer. *fingers crossed*

Now onto my pet hate- I need to get this out and it's been annoying me since..well forever. Why do some people with dogs let their dogs loose when they see a sign which says "all dogs must be kept on a lead" or "no dogs allowed*

For example. near my youngest daughters school there is a play park in a big grassy area. A sign as i mentioned above says something about no dogs allowed, or something very similar. I will take a photo of it and hopefully get the chance to upload it this week. Since my daughter started there i have noticed people taking their dogs to the park and they are just letting them off the lead to pee, poo and play ball. This is a play park. Dogs are not children and while we are on the subject...no i also don't agree with dressing dogs up as little dolls either, but each to their own i suppose. I do doubt that any of the people i have seen lately have bags to pick up after their little rovers/Maisie's. 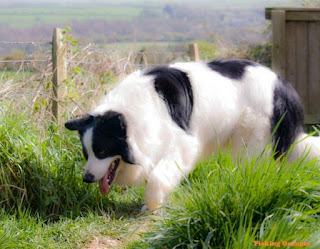 Anyway i suppose what i am saying is a child should be able to play in a playground without fear of coming home with worms or something even nastier, including a dog bite. These pet owners annoy me. They obviously think the sign is for everyone else and not them. If you want a dog, be responsible. Geez i have a dog (and gorgeous he is too!) I wouldn't let him off the lead, especially in a play park even if children were not present at the time and i wouldn't think twice about picking up his *number twos* when he is walked. Of course it isn't a nice job but neither is working in McDonald's and people do that! 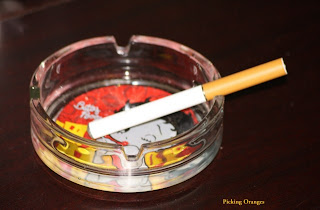 On a final note, At 9pm on the 14th November i gave up smoking £6-7 a packet cigarettes. Yes it hasn't been long but this is a miracle for me. I am lucky if i can give up for an hour usually. How am i doing it? With the help of a Halo of course..yes it honestly does work! Now i can forget about all those harmful chemicals, yucky tar and horrible smell and hopefully it will also help improve my circulation over time.
Posted by PickingOranges at 13:01 2 comments: 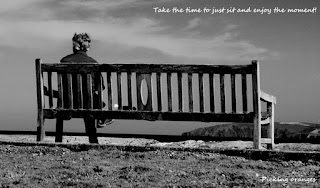 Posted by PickingOranges at 07:18 No comments:

I thought as we only have a month to go that i would hold a small giveaway for my followers both old and new.

I also thought i would let you choose your prize out of various options.

To enter you need to be a follower of my blog and post your option of prize out of those mentioned below. So just post option 1, 2, 3, ect. You can only pick 1 option there will only be 1 prize (though the more followers i get the more prizes that will be given away in future draws). All names will go into the hat and my daughter will select a winner on the 6th December.  Sorry but this is only open to UK followers.


The prize options are as follows:- 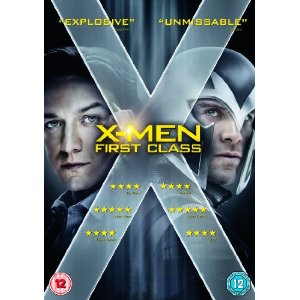 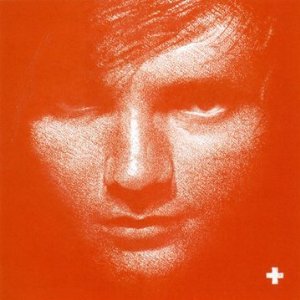 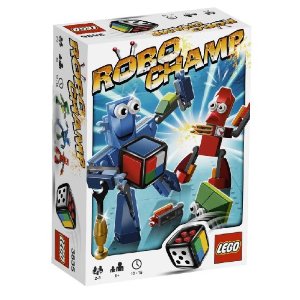 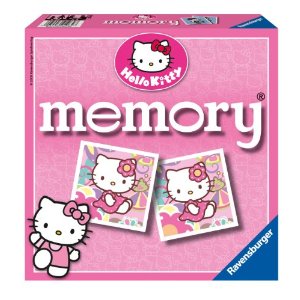 5) Nails inc Special Effects Houses of Parliament Magnetic Polish.
If this one happens to be out of stock at the close of competition and only if it is out of stock. An Amazon gift certitificate of £13 will be awarded to the winner) 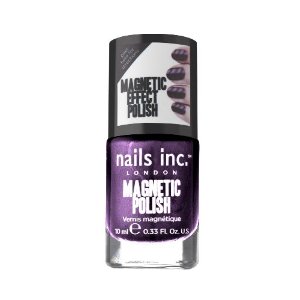 6) Steve Jobs: The Exclusive Biography
Thought this might be an apt book to throw into the mix as it's apparently one of the most wished for books this year. 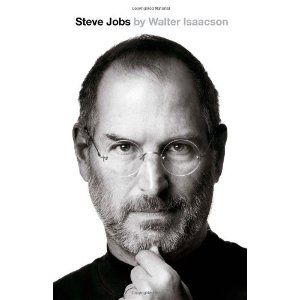 All that's left for me to say is GOOD LUCK!
Posted by PickingOranges at 06:11 5 comments:

Things i love this week

I think i might make this a regular thing. There is a few things i really love this week that it's worthy of a blog post...Well i think so anyway.

1. My family. (boring but true but they are pretty great!)

3. My glamour magazine freebie Nail polish! Nails Inc in Victoria which is a deep red. I must make the effort to try out their other Nail Varnishes as i love the way this goes on and even though this colour wouldn't be my first choice in colours i was pleasantly surprised.  You should go grab a copy of Glamour if you haven't already, they have various other colours to pick from and you can see the colours through the packet so can choose what you like. I have a subscription so had no choice but i'm happy with the one i received. 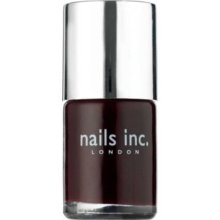 4. F&F 3 Button long pull-on boots that i purchased for both my girls. They are a reasonable £12.50 and i doubled up my tesco vouchers so had £40 to shop with so treated them to a pair each.


5. Another pair of boots but much cheaper!  F&F Faux sheepskin boots at £6 a pair! They are half price at the moment and i doubt they will last long. Really these must be my bargain of the week!

Click on the link to check them out! Tesco Bargain Faux sheepskin boots
Posted by PickingOranges at 05:30 2 comments:

I haven't purchased the big issue in years, mainly because i have never seen anyone locally selling it. I suppose that comes from living in a fairly rural area.
The other day though i spotted a man selling them outside the local co-op and thought i would buy one. I was surprised at how many good and informative articles it had in it since the last time i picked up a copy. 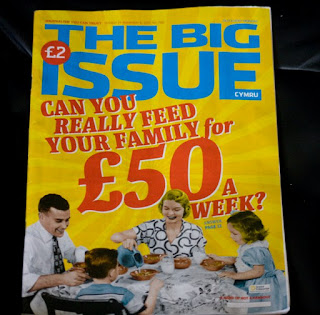 The front cover stood out, i love the classic old type adverts but i have to wonder if back then people would of struggled to believe that there would be a day when you couldn't feed your family for £50 a week.

I actually don't think that's such a huge ask, i often shop around for bargains and i could quite easily make the £50 target and i'm in a family of five but i suppose to make the budget i would have to include reduced items. One day i managed to get those sauces for pasta that are usually in the chiller dept. for the nice reduced price sum of 5p each. They are usually getting on for £2 and the good thing was they were freezable. I do like shopping for bargains though, food included but i'm careful with meat because of how quick it seems to turn and go bad.

There is several other interesting articles, for example why is adoption so hard in Britain and the vendors view which is quite interesting to read, i'm very interested in people and what makes them who they are, i guess that's why i'm hoping to be a psychologist one day .

Oh and after buying the Big Issue i ran back into the co-op and purchased the vendor who i bought mine from a lucky dip lottery ticket. I really hope he wins! Sometimes it's nice to do something for someone else a bit less fortunate however small..it gives you a nice feeling inside and can make someones day.
Posted by PickingOranges at 06:07 3 comments: