The news of the morning today was that Osama bin Laden has been killed in the city of Abbottabad. News articles are sketchy. With most going about a guy who was tweeting at the time of the attack. Even though he didn't appear to know what was going on at the time the tweeter @ReallyVirtual seems to have become famous overnight. Mainly for going on about swatting the helicopter as it was annoying him. It would of annoyed me to.

Anyway flicking through the news stories i hear that today he has been buried at sea so his resting place doesn't become a shrine to his followers and general weirdos. Ok i can understand that.

Now yes before we start i am a skeptic. Is he really dead?
Do they know for an absolute fact it was Osama bin Laden? There was surely no time for an autopsy before they flung him in the ocean?
Is having his body buried at sea almost straight away just a bit too convenient and that in fact it actually isn't Osama that has been killed ? Maybe it's just a way to make everyone more at ease and give a good pat on the back to President Barack Obama whose seemed to be going slightly out of favour the last few months. P.S. It seems to have done wonders for the stock market.

Don't get me wrong i have been looking forward to the day Osama gets his justice for all the people that were killed in his name and directly because of him but i find it very hard to believe that it's been done *just like that*. 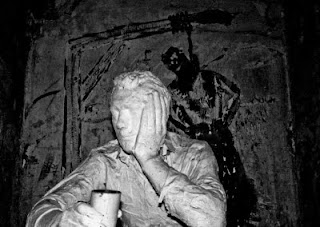